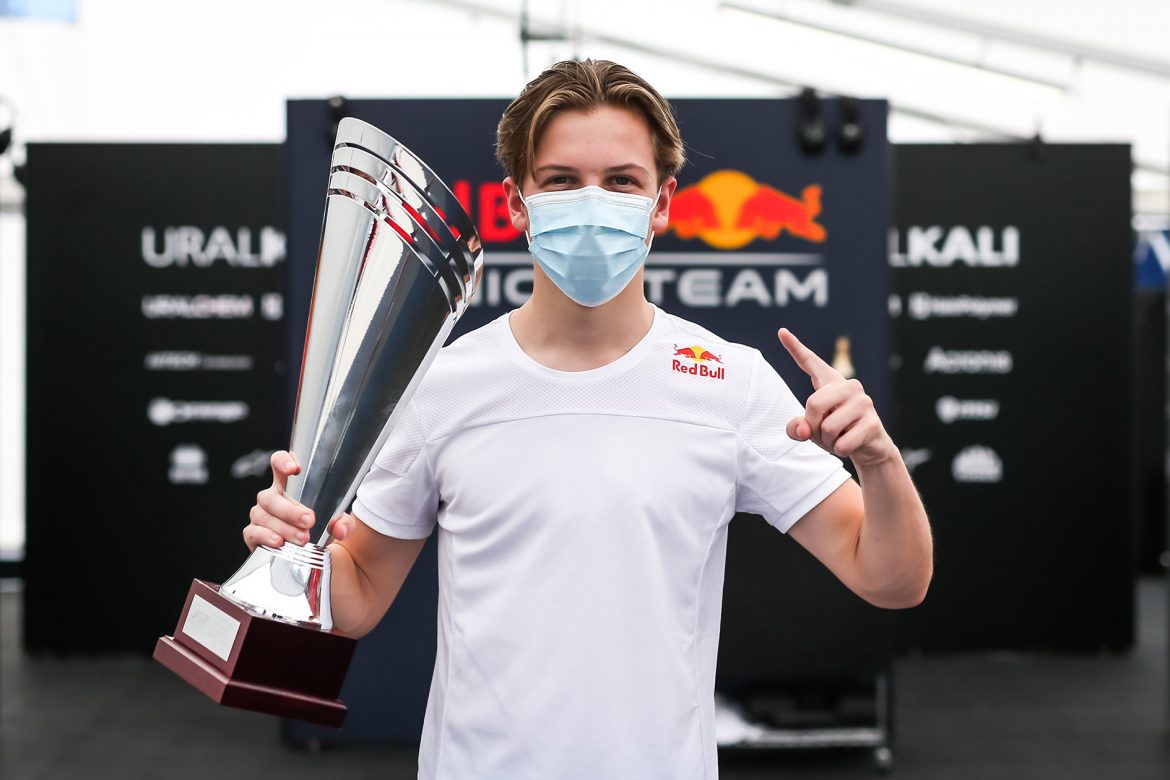 Victory and sixth place in the first race will see the 18-year-old from Pukekohe back at the Red Bull Ring for round two this weekend lying in 2nd place in the championship.

Lawson dedicated his first win to the memory of the late John Fairhall, a Christchurch businessman who was instrumental in getting the young Kiwi over to race in Europe, and into FIA Formula 3.

“I was racing in Austria and Hungary last year when John passed away so it’s almost a year on since then. To take a first win so close to that anniversary is a nice reminder of what he started,” said Lawson.

Lawson started Race 2 from fifth on the grid but was into the lead of the race after only a handful of the 24 laps. Once out front, he was comfortably in control.

As the race wore on Lawson struggled with degrading tyres on the #5 Porter Group-sponsored car, and a late safety car helped towards his win.

“It was a good race. Starting from P5 I had to get through to the front as quickly as I could, because I knew we had a strong car at the start, but once I got there I ran out of tyres, and Richard [Verschoor] was coming.

“I think that I actually got lucky with the safety car because without it, I think it would have been tough to keep him behind with DRS.”

Lawson held out Verschoor, his ex-teammate from last season, over the two-lap sprint after the safety car to the chequered flag, winning by half-a-second.

Qualifying in 12th for the first race of the season meant a difficult start to the weekend, but a good drive up to sixth place gave Lawson P5 for the reverse grid Race 2.

“We need to work on Quali because that is one thing we struggled with this weekend, and it put us on the back foot. If we can sort that, I think we have strong pace and we can fight for some more podiums.”

Race 1 winner Oscar Piastri finished 8th in Race 2 and is the early championship leader. The young Australian has 30 points to Lawson’s 23, with Logan Sargeant (USA) third on 18.

The racing returns to the Red Bull Ring next weekend before going to Hungary to complete the triple-header opening phase of the post-COVID calendar.

Each round features two races, one each on Saturday and Sunday.