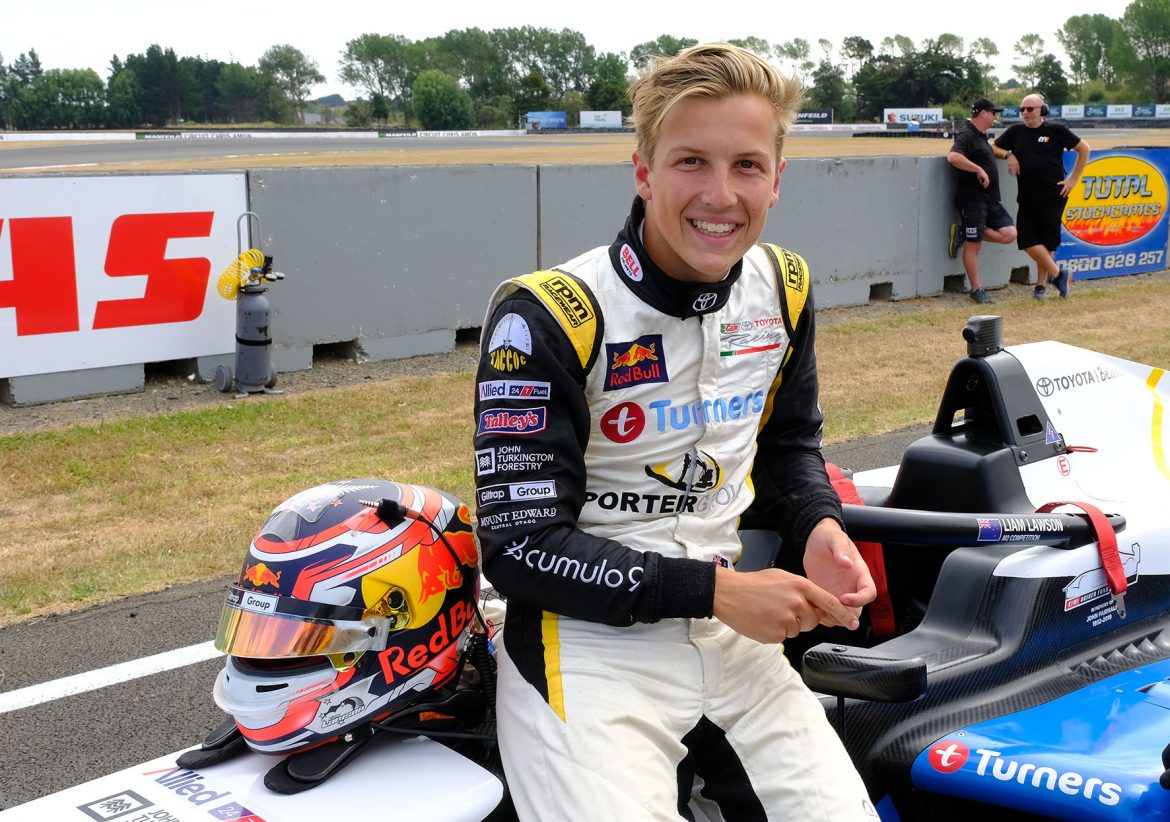 The TradeMe charity auction of the race suit worn by Liam Lawson during the recently completed Toyota Racing Series will close on Sunday night, with all the proceeds going to the Gut Cancer Foundation.

The current Red Bull Junior driver has been in the top two of all but one championship since he left New Zealand to race in Europe three years ago and is highly tripped to progress further with the Formula 1 development team.

After leading for the majority of the Toyota Racing Series, an engine failure during one of the 15 races and a loss of 31 points left him on the back foot at the final round where he was just pipped for the title in the final race of the season.

His decision to return to race in New Zealand was also driven by a desire to raise awareness and give something to a charity that is actively funding research into Cut Cancers, something that has touched the lives of some of his closest supporters.

“We are lucky to have a Gut Cancer survivor in our group who benefited from research, but sadly we also lost another long-time supporter, John Fairhall, from bowel cancer towards the end of last year.

“Without John’s vision my journey to Europe would never have started so by offering my race suit I hope not only to raise some funds but also awareness.” said Lawson. Over 5,000 New Zealanders are diagnosed with a gut cancer every year making them collectively, the most common form of cancer in New Zealand.

“By supporting research now hopefully in the future there will be much greater hope for my generation and more New Zealanders will survive from Gut Cancers,” he said.

Bidding for Lawson’s race suit has already reached $2,500 on TradeMe with the auction due to close at 8pm on Sunday night.

Just hours after the auction closes Lawson will have his first drive with his new F3 team for this season when testing begins in Bahrain ahead of the opening round in three weeks time.

Lawson will drive for UK-based Hitech Grand Prix in the 9-round championship which has support races at Formula 1 meetings across Europe. Hitech GP finished runner-up in the FIA F3 Teams championship last year.