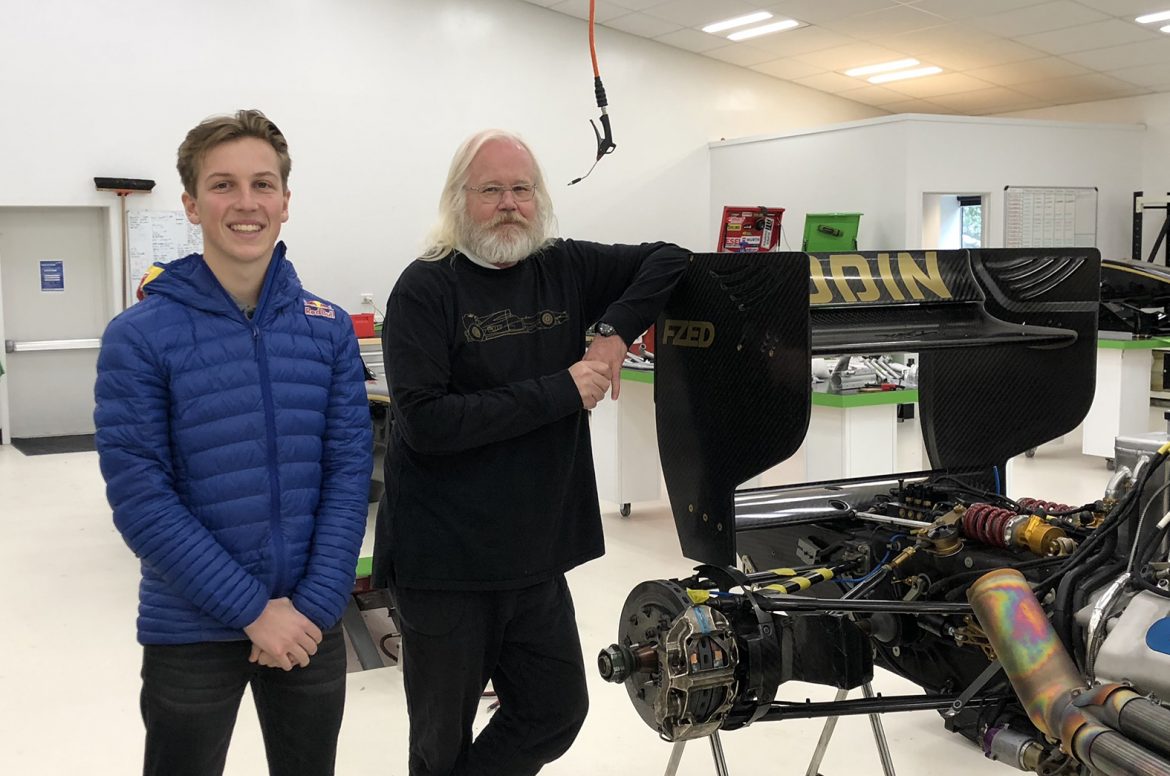 Out of Lockdown and free to travel, Red Bull Junior driver Liam Lawson headed for inland Canterbury to visit his favourite New Zealand destination, the home of Rodin Cars.

The 18-year-old arrived back from England to Pukekohe just prior to the nation going into Level 4, and after 14-days self-isolation, he has been spending the time with his family, sim racing and training within the confines of home.

Once travel restrictions were lifted, Lawson headed to Rodin Cars, north of Wairau to catch up with founder David Dicker and to see the improvements made to the facility along with the development of the Rodin FZED single-seater race car.

“A very cool place. Having the access to drive whatever you want, whenever you want is amazing. I can’t believe there is something like this in New Zeland. It’s a race driver’s dream to have a racetrack right outside your house,” said Lawson.

Early in Rodin Cars development Lawson put in some benchmark laps in a Formula 3 car. Since then the entire track layouts have been resurfaced and a new section added to the main test track.

“The last time we were here was just before I left to start racing in Europe in German F4. From overseas I’ve followed the progress of Rodin Car very closely and it’s really good to come back and see how much everything has moved forward.”

Although he hasn’t driven on the track since, or been behind the wheel of the Formula One-syle FZED, it’s a car he would dearly love to drive.

“To run a Formula One car now you need a full team of mechanics and engineers and it takes a lot of effort to maintain them as well, and they don’t last very long. So what David’s done with the Rodin is really, really cool.

“You could own one and virtually run it yourself. You literally only need someone to strap you in the cockpit and unhook the battery once it’s started. And the FZED has such low maintenance.”

“I really am in awe of what David’s developed here at Rodin Cars. There is simply nothing like this in the world. The track is incredible, there’s a lot of undulation, the corners are really cool and he’s created almost the perfect track with the two layouts.

“Tight, twisty, uphill, downhill and the high speed track at the top. In a place like this you certainly feel the excitement of driving,” he added.

Lawson is about to start his third season in Europe and once racing begins, expected to be early July, he will drive for British-based Hitech GP in the FIA Formula 3 series for Red Bull.

“I won’t be back in New Zealand for a while, but for sure I’ll be back to visit Rodin Cars. This is a happy place.”