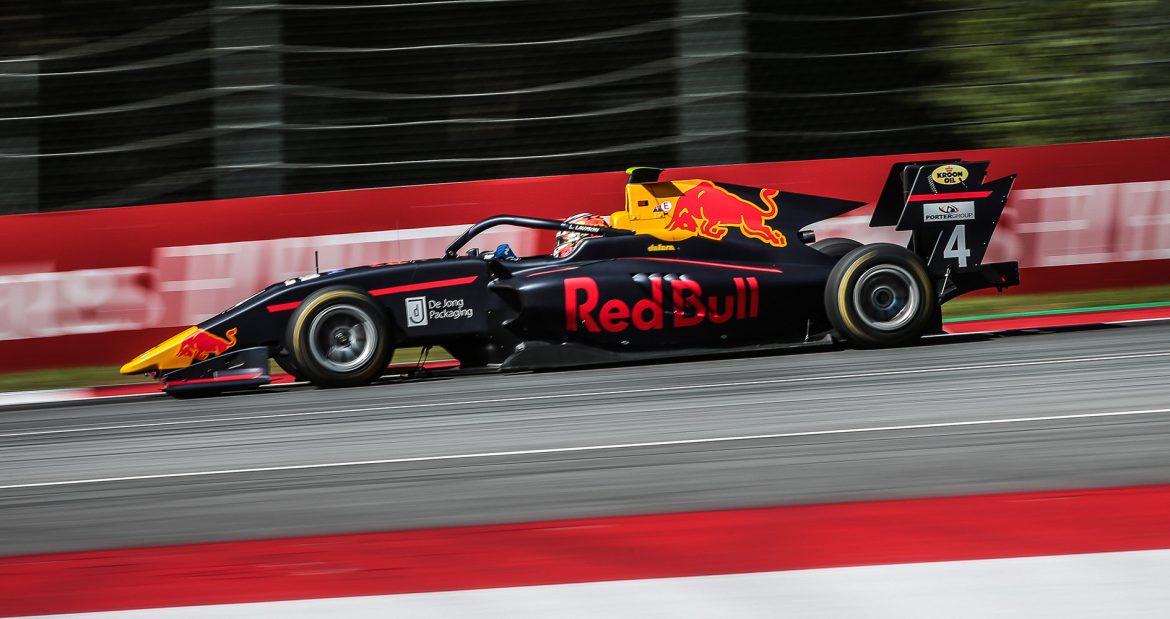 Young Kiwi racing driver Liam Lawson has scored his best qualifying result of the season so far when he went seventh fastest for the opening F3 race at the British Grand Prix at Silverstone.

The 17-year-old Red Bull Junior Driver set his time in the closing minute of the session to be just four-tenths-of-a-second away from the pole time set by Juri Vips (Hitech Grand Prix) ahead of fellow New Zealander Marcus Armstrong with his Prema Racing teammate Jehan Daruvala third quickest.

“We went into this weekend with a new set-up idea for the car to help in the high speed corners and it’s paid off,” said Lawson after the 25-minute qualifying session. “Silverstone is pretty much medium and high speed corners.”

“We also ran a slightly different strategy in qualifying and had 3 sets of new tyres instead of 2 so that I could maximise my one lap,” he added.

Teams are supplied with four sets of new tyres per weekend and for this weekend Lawson’s team elected to use just one set during the official practice and keep the remaining sets for the qualifying session.

“That meant I was quite slow in practice but it all came together when it mattered.”

Before the drivers went out on their final new tyre run with 10-minutes to go, Armstrong and Lawson shared the top two spots on the time-sheets.

Lawson was the best of the MP Motorsport drivers in his Porter Group/Turners/Giltrap Group supported car with his teammates Richard Verschoor down in 18th and Simo Laaksonen 24th.

The big 30-car field will line up for the first race at 8.25pm tonight NZ time with the reverse grid top-8 race at 7.35 Sunday night, a precursor to the British GP.